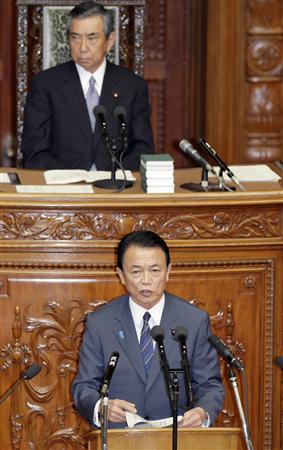 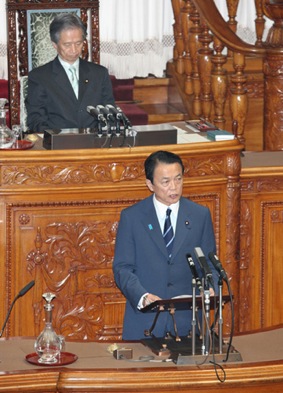 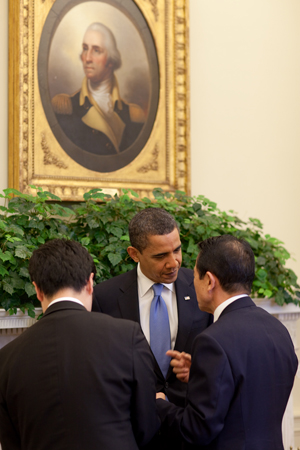 Aso: The meeting with the president was -- his way of speaking is very straightforward, very sincere. For me, very impressive.

The Post: How did he compare with Russian President Medvedev, whom you also just met?

Aso: On President Medvedev, I would say that unlike Prime Minister Putin, in comparison, for example, he gives you the impression he is not a military man, not a KGB man, that he's a politician. If he wasn't a politician, he would be someone to work with as a lawyer, and I could imagine that very much. . . .

Do you think North Korea policy will change under the new U.S. administration?

I must say, the six-party talks in approaching North Korea are a useful framework. Previously, we always had a close relationship between the United States and Japan on this issue, but, increasingly, we see South Korea, under the Lee [Myung-bak] administration, coming toward our side, the U.S.-Japan side, on this issue. It used to be four to two, but now it is at least three to three. That has changed a lot.

Moreover, the fact that Secretary [Hillary] Clinton has explicitly talked about the importance of having verifiable inspections on the nuclear issue, that is very important. In the latter days of the Bush administration, I believe there was a tendency to engage in discussions putting the issue of verifiable inspections in a bit of vague wording. In that sense, the fact that Secretary Clinton was quite explicit about the verification inspection aspect is quite welcome.

If they don't allow verifiable inspections, should they be put back on the list of terrorism sponsors?

If you look from the North Korean perspective, I believe there's a sense on their side that the reason they're able to talk with the U.S. is that they have the nuclear issue, and that if they didn't have that, they'd only be a simple, poor nation. I think we have to keep that in mind.

What should happen if they launch a long-range missile?

It would be important for the U.N. Security Council to take the issue on the agenda immediately.

The last time you visited Washington [in December] you spoke of the importance of maintaining the dollar as lead currency. Do you worry that U.S. borrowing for stimulus and other purposes could endanger the dollar? Will China seek other currencies?

I do not think such a thing would happen. First of all, the reserves of foreign currency that China holds are almost entirely in dollars. I believe they would not take action that could risk devaluation of the dollar.

I believe the U.S. government's decision to use the $800 billion stimulus package and invest into public works, I think this method is the correct one. . . . The United States is currently seeing an unprecedented phenomenon in which even if interest rates are zero, businesses will not borrow money to invest into equipment. In such a situation, unless the government goes ahead and borrows that money, then we'll see a depression.

In Japan, we faced a situation in 1992 when property prices, or assets, went down in value by 87 percent, and yet we were able to maintain our GDP of $5 trillion. I believe this was because the government went ahead to borrow the money that was stocked in banks and used it on public works and other fiscal stimuli. As a result, did the interest rates go up? Did the prices of bonds that the government was issuing, did they go up? Actually, no, as you can see on this chart that I have in front of me . . .

Therefore, in the case of the U.S., as long as the [Federal Reserve's] balance sheet is clean, as long as you are able to maintain confidence in the dollar, there's no chance of the U.S. dollar going into a critical situation; I'll guarantee that. . . . Compared to the dollar, the only foreign currency that is strengthening right now is the yen. All the other currencies have only weakened versus the dollar.

Did you show that chart to President Obama?

What did he think of these charts?

Well, I gave them on the spot to him, so he was reading them, I believe, quite carefully.

So, though it's often said here that Japan's "lost decade" proves that fiscal stimulus doesn't work, that's the wrong interpretation?

Wrong interpretation. . . . Of course, I'm not going to say that everything we did at the time worked. But I believe the measures we took made it possible for us to avoid a depression; I think that is for sure. We were in a situation where the interest rates were zero but the economy was still not working. . . . In such a situation you have to resort to fiscal policy, rather than financial policy.

We understand you gave the president some Shinkansen [bullet train] advice?

[Laughs and shows another chart.] My beautiful handwriting: In Tokyo, over 10 million population; they rely on railroads 76 percent; in U.S., over 90 percent [go] by auto. Railroad! 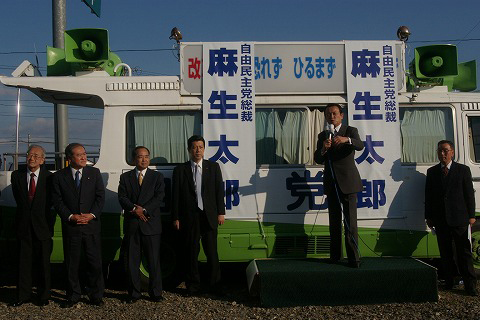 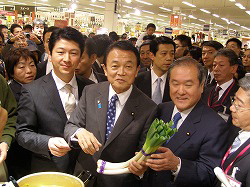 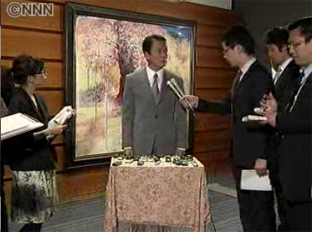 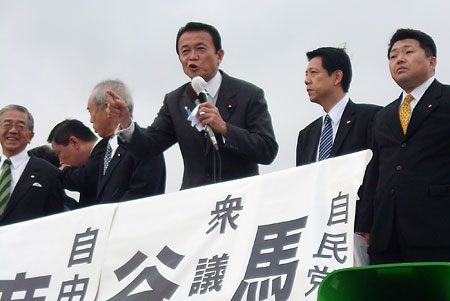 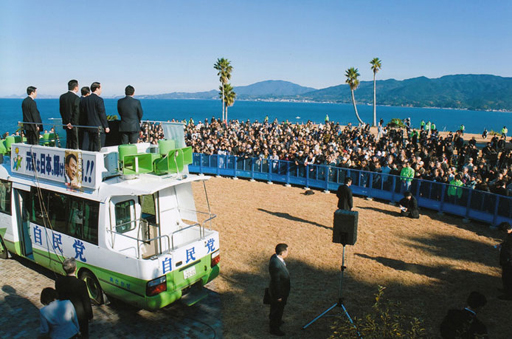 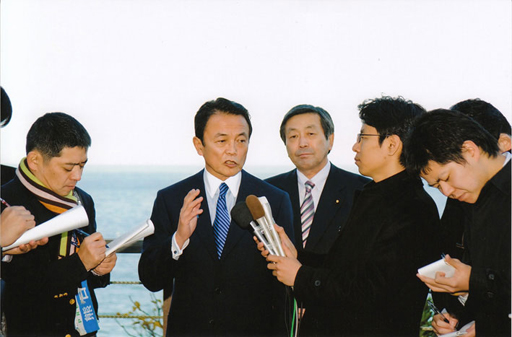 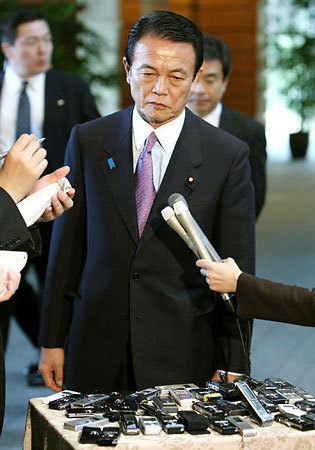